Back to all reports

Reported in the Overgrown vegetation in Council parks and green spaces category anonymously at 15:04, Tuesday 30 June 2020 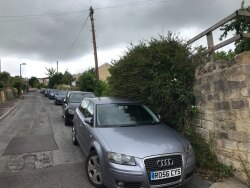 Cars parking next to allotments near the bottom of Upper East Hayes hill at the narrowest point of the road are forced further and further into roadway by the vegetation growing out from the allotments.