Reported via mobile in the Overgrown vegetation in Council parks and green spaces category anonymously at 09:41, Thursday 10 June 2021 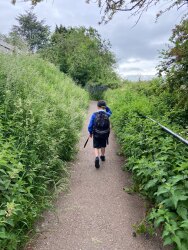 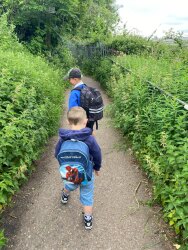 The greenway is full of stingers and then people are allowing dog fouling on the path under the overgrown stuff so making walking along there with children very dangerous.