Reported via mobile in the Vegetation blocking road or sign visibility - In a residential area category anonymously at 21:06, Thursday 23 September 2021 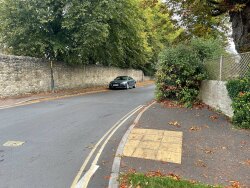 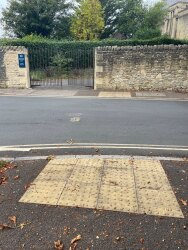 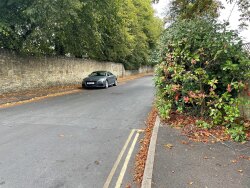 The area is used frequently by children entering the school gate. The crossing is marked by a yellow lowered pavement encouraging children to cross there. To cross into the gate you have to step into the road to see oncoming cars from your right. It feels like it is an accident waiting to happen. I politely approached the owner in July who kindly attempted to prune one of the bushes but it was insufficient. There are about 3 bushes growing out of the pavement there which need a hard prune Or removing to ensure good visibility to oncoming traffic.