On the bridge over the river chew

Reported via desktop in the Fly-tipping category anonymously at 09:07, Monday 18 October 2021 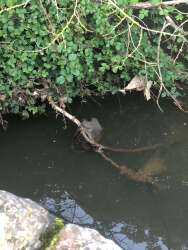 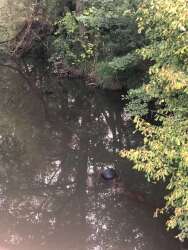 I caught two flytippers at 9.40am on Saturday red handed throwing rubbish from the back of their 4x4 into the River Chew. As soon as they saw my girlfriend and I they realised I was getting my phone to photograph them doing it, they slammed the back door and sped off. Luckily I got their number plate Reg 'CA03GBY', it was Silvery/Beige Land Rover Discovery. It's clear that it's not the first time they have dumped here, the black fabric bags we saw them throwing in had started to to float down the river, but there was one exactly the same lodged in the river bank that has started to grow river algae on it, so it's certainly a repeat offence.

I reported it to the police immediately, but they said it was a council matter, which i thought was ridiculous given they had a whole 4x4 full to the brim with rubbish, luckily we caught them when they had dropped the first 5 bags in.