Reported via mobile in the Potholes & road surface category anonymously at 19:27, Wednesday 26 January 2022 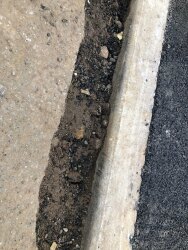 The road surface adjacent to the dropped pavement infront of our property is in need of attention, it has deteriorated even more during the winter months and recent roadworks outside have left it in an even worse state.