By fence right in front of my parking space

Reported via mobile in the Fly-tipping category by Maria Zawistowski at 12:52, Tuesday 3 May 2022 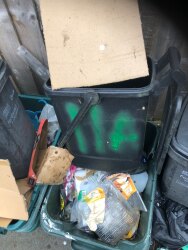 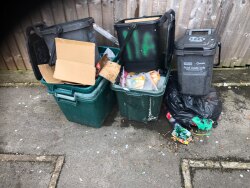 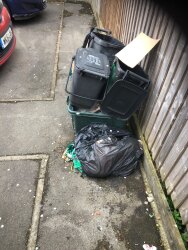 I stuff from anxiety and don’t go out in my car very often. Bins have been there for over a few months. Someone tried to put it in skip I hired. Driver took it off as placed dangerous and is fly tipping in my skip! Flies gulls and now rats are living around and out the back! I humanely trapped and let them go the last few years! But no my reddish so don’t see why I shouldn’t as there causing the problem. As poison can’t be used as some many cats and dogs around.