Reported via desktop in the Potholes & road surface category by Hillary Carr at 13:37, Wednesday 18 May 2022 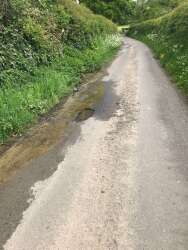 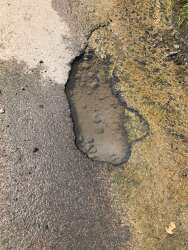 There is a spring that emerges from the land above and runs down the road causing regular potholes in this country lane. Pothole is approx 2ft across and virtually unavoidable in a larger vehicle.

This report is now closed to updates. You can make a new report in the same location.